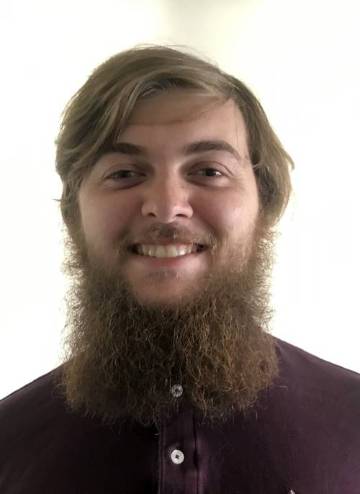 Chad Angelini is no stranger to Washington College campus; well-acquainted with the Chestertown area, he was always aware of the college’s influence within the community and how it impacted students from across the nation. After a brief stay at Champlain College in Vermont, however, Chad was back—with a new outlook in a familiar environment.

When Chad first came to campus, he was already knowledgeable about the surrounding environment, familiar with most of what the community had to offer.

“I have been local to Chestertown and the Eastern Shore all of my life, so I knew about Washington College before transferring,” he said.

At Champlain College, Chad was studying Video Game Animation and Design, but, due to his fostered appreciation for environmental studies, he made the decision to return to a community that also valued what he wanted to learn.

“I have found it to be the environment and the school I needed to recover from the time I spent at Champlain, and to rediscover what I want to do in life,” he said.

At WC, Chad has made it his focus to devote himself to his courses, as well as heighten his interests, particularly in helping to preserve different environments across the globe—an interest he has had from an early age.

“I used to like the sense of wonder about the natural world, but now it just makes me sad to hear about how far gone it is,” he said.

While he is not completely sure what he wants to do with the rest of his life, Chad is willing to be open to a variety of opportunities provided by the college, to make the right decision for himself and his own life.