Director of Archives and Technical Services

Dr. Alan Pasch was a professor of philosophy at the University of Maryland, College Park and served as the first Executive Secretary of the American Philosophical Association. In 2008, he donated his collection of rare and unique materials on philosophy and logic to Washington College.

The collection includes rare editions by such thinkers as Thomas Hobbes, Henry Aldrich, Isaac Watts, Noah Webster, Lewis Carroll, George Boole and others. The oldest book from Dr. Pasch’s donation is a theology book written in Latin and published in 1491. This book, one of the more than 100 in the collection published before 1900, was hand-stitched and bound in leather.  Dr. Pasch was an important voice on the American philosophical scene. His Experience and the Analytic: A Reconsideration of Empiricism was published in 1958 in the midst of what was being described as a series of “fratricidal quarrels” among philosophers. The arrival of Pasch’s book, according to the review in the journal Ethics, offered “the latest, and best formulation” for a way out of the war that had arisen between logical empiricists and pragmatists.

A portion of this collection has been catalogued and can be found through the library catalog.  For access to these rare books, please contact the archivist. 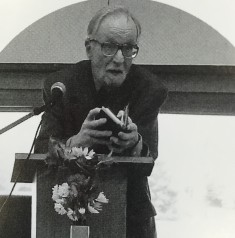