https://efoconnor.com/
Elizabeth Foley O’Connor is an Associate Professor of English at Washington College where she teaches classes in modernism, twentieth century British literature, postcolonial literature, composition, and journalism. She is the Director of the Gender Studies minor and is Internship Coordinator for the English department. 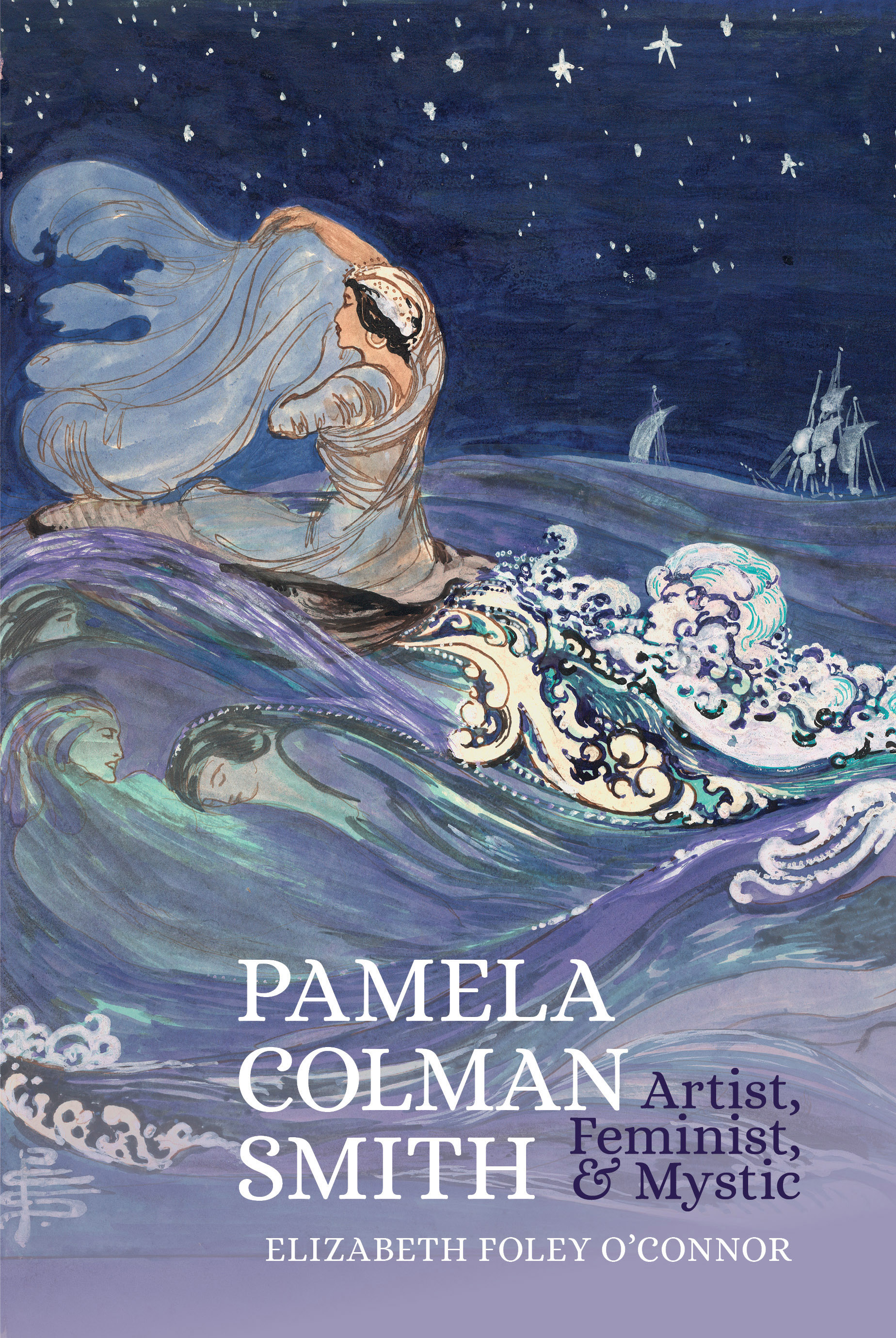 Pamela Colman Smith’s illustrations for the Rider Waite tarot deck are known to millions worldwide, but her many other contributions as an artist, folklorist, editor, and suffragist have received relatively little attention until recently. She was active from the 1890s through the 1920s, during the critical transition from the Victorian to Modernist eras.

An American citizen, Colman Smith was born in England, spent part of her childhood in Jamaica, traveled frequently between New York and Dublin during her peak years of productivity, before retiring to Cornwall where she died in 1951. Although today primarily remembered for designing the Rider-Waite tarot deck, she was a seminal figure in early modernism. My book explores how Colman Smith adopted multiple identities during different parts of her life: Jamaican folk tale teller, suffragist, and ambiguously gendered pixie and how these personas, coupled with a fearlessness unusual for women in this period, affected her critical reception and led to her longstanding lack of recognition.

In July 2018, I wrote the biography section and served as co-author of a mass market art book, Pamela Colman Smith: The Untold Story, that was published by U.S. Games, Inc. The lavishly illustrated, commemorative book marked the 140th anniversary of Colman Smith’s birth contains more than three hundred reproductions of Colman Smith work, many of which had been out of print for decades or unpublished. The contributors were Stuart Kaplan, Mary Greer and Melinda Boyd Parsons.

Originally from Long Island, O’Connor lived in New York City for many years before moving to Chestertown with her husband and son in the summer of 2013. In her spare time, she likes to go on nature hikes with her family, work in her garden, and do yoga.

History of the British Novel

Urbanism and the City

Theories of Vision and Perception