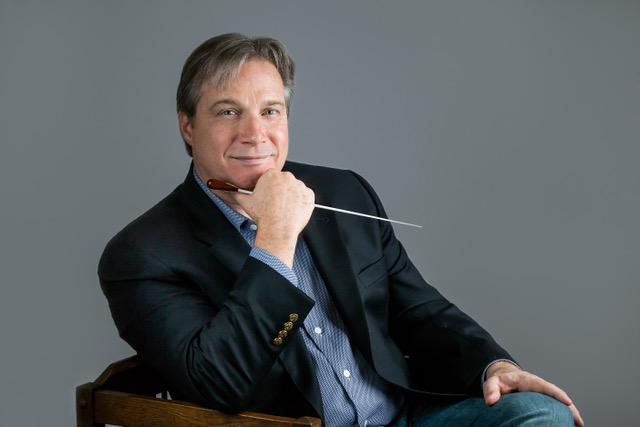 J. Ernest Green is the Artistic Director of Live Arts Maryland and the Music Director of the Annapolis Chamber Orchestra and Annapolis Chorale, and is the Director of the Bach+Consort. He served as a Cover Conductor with the National Symphony Orchestra at the Kennedy Center for the Performing Arts, where he worked with such artists as Metropolitan Opera star Denyce Graves, Sir James Galway, Pinchas Zuckerman, Stanislaw Skrowaczewski, Osmo Vanska among others. He received acclaim for conducting the National Symphony Orchestra for a subscription weekend with a last minute call with less than 20 minutes notice!

As a Pops Conductor, he worked with and conducted for the late Marvin Hamlisch. In January 2013, he conducted the Pittsburgh Symphony Orchestra’s tribute to Mr. Hamlisch, featuring Idina Menzel, Robert Klein and Lucie Arnaz, Maria Friedman, Brian D’Arcy James and Klea Blackhurst. In fall 2012, he was the Musical Advisor for the Memorial Concert for Mr. Hamlisch at The Juilliard School where he worked with Mike Nichols, Liza Minnelli, Aretha Franklin, Chris Botti, Kevin Cole, Maria Friedman, Lang Lang, and Barbra Streisand.

Mr. Green works with and conducts for “Late Night” Music Director Paul Shaffer and recently lead a new symphony show with both Paul Shaffer and Valerie Simpson (of Ashford and Simpson) with the Kalamazoo Symphony Orchestra. He also recorded a live CD, “Play It Again Marvin” - featuring the music of Marvin Hamlisch which was released released in 2018 on Varése Sarabnade.

Upcoming engagements for Mr. Green include concerts with the Pittsburgh Symphony, Long Beach Symphony, along with symphony pops concerts Paul Shaffer, Valerie Simpson and Todd Rundgren. In addition he is scheduled to appear with the Toledo Opera in 2022.

Recently, Mr. Green was the Musical Supervisor and Conductor for a new production of “Sweet Smell of Success” at the Hudson Theatre on Broadway. In June 2013 he was the Music Director and Conductor for “One Singular Sensation” a Broadway celebration honoring Mr. Hamlisch at the Hudson Theatre featuring, in addition to the artists listed above, Donna McKechnie, Marissa McGowan, Matthew Morrison, John Lloyd Young, Stephanie J. Block, Teal Wicks, Capathia Jenkins, Michael Douglas, Bernadette Peters, and Joel Grey.

Known for his adventurous and creative programming as he pushes the boundaries of the concert hall, Mr. Green has created several “fusion” programs combining standard concert repertoire with popular and contemporary music, which he has lead with orchestras both here and abroad. In addition, he has received acclaim for his concert productions of operas and other stage works, among them Verdi’s “La Traviata,” “Sweeney Todd” and Rodgers and Hammerstein’s “Oklahoma!” He created a new concert production of “Don Giovanni,”.

J. Ernest Green is a graduate of the Peabody Conservatory of Music and while there, was a student of, and assistant to, Frederik Prausnitz. In addition to his musical activities, Mr. Green is an avid advocate for the arts. He has served as a music panelist for the Maryland State Arts Council and an advisor on itsStrategic Planning Committee. In 2002, he was given the Performing Arts Award by the Arts Council of Anne Arundel County and, in 2012 was awarded the Lifetime Achievement Award.