Almost everyone has seen the images of plastic bottles washing up on shorelines and of turtles wrapped in plastic rings, and while our current generation is taking positive initiatives to eliminate single-use bottles, most Americans don’t know the story behind the bottled-water industry. Tapped reveals the devastating truths of how large corporations are monetizing water: a basic human right.

Companies like Nestle (Poland Spring), Coca Cola, and Deer Park exploit small, rural towns by claiming their freshwater resources and drilling for groundwater. These small towns stand no chance against the large corporations in court, but Tapped  provides a platform for them to tell their stories and protest against this injustice. The companies claim that their water is “pure” when in reality they resort to bottling tap water when their freshwater reserves run dry. Not only do the bottled water companies blatantly deceive the public, but they create the demand for plastic bottles.

The factories that create the PET plastics are making people sick, for the factories release chemicals into the air and cause diseases and life-changing side-effects amongst the communities that are located near the factory sites. This documentary raises thought-provoking questions—such as who owns our water?—and provides the public with the resources to help alleviate this social, economic, and environmental issue. 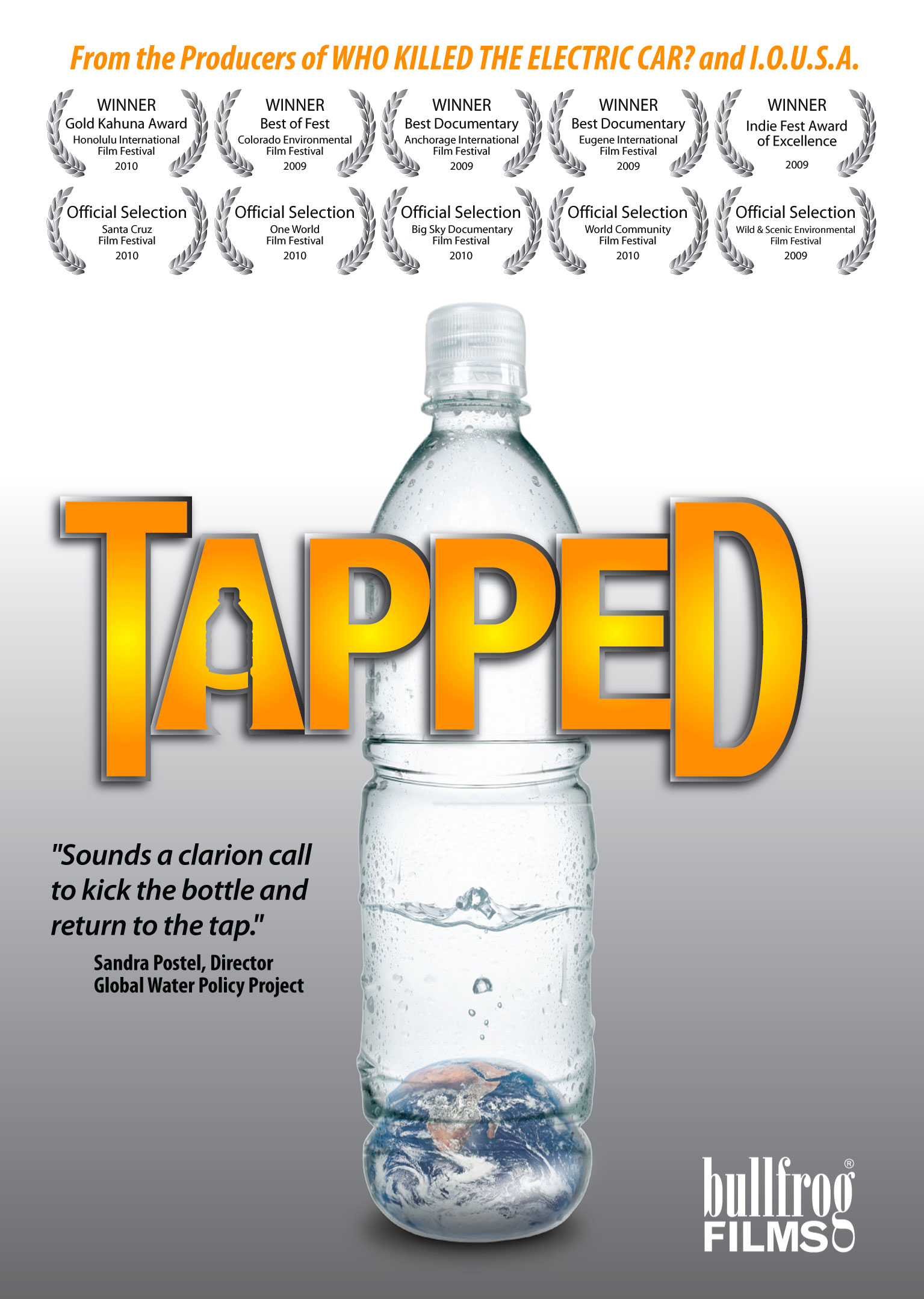